One of the things I enjoy most about running is exploring new places, or seeing something new somewhere I’ve been dozens or even hundreds of times. I can run past the same stretch of road every week, but at a different time of day or as the seasons change, there is always something new to see. At least I’ve always thought that was true.

This conviction (as well as my long-standing determination to focus on the positive, even during tough times)  was put to the test over the past few months when I was restricted to running pretty much the same (short) route while allowing my thoroughly pissed-off achilles to settle down and forgive me. This effort proved to be just what I needed as I put in run after run over the same terrain (with just a couple of breaks for travel).

What follows is a journal of hurt and recovery, tracked through the photos I took on my runs. With the exception of two trips out of town, all of the photos were taken on the same two miles or so of paths and trails around the park near my home.

Keeping focused on the long-game: A reminder to myself to be patient and thankful.

Loops around the lake on a gray winter morning 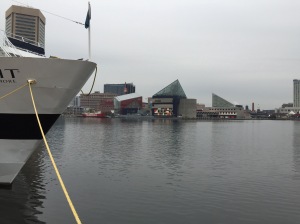 I’m always drawn to the water – the harbor front seemed like the safest running route on a trip to Baltimore.

I’d hoped to track down several murals during my Baltimore runs, but was happy to stumble across this during a run along the Baltimore waterfront.

Honoring the winter solstice and longer, better days to come with a run around the Active Oval at Piedmont Park 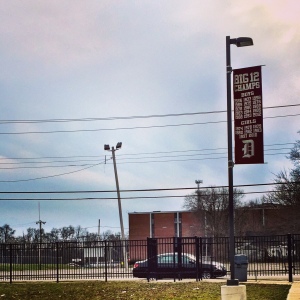 My father … patiently waiting as I ran 7 miles on the track. It brought a smile to my face on every lap as I saw his car. 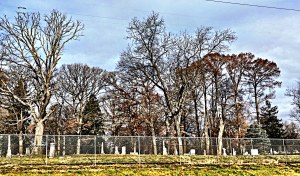 I love running through this old graveyard when I’m home – this year I could only admire it from the track, but it was still a good view.

Back in Atlanta after the holidays, a soft muddy path through the park after a winter rain

Still enjoying the skyline will (quite literally) running in circles around the park. 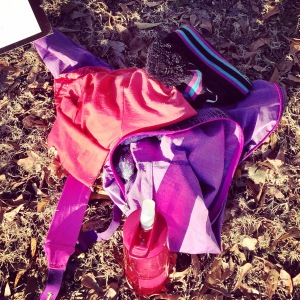 A milestone: shedding layers on the Active Oval in sub-freezing temps while doing m first speed work in months.

Sunny afternoon loops around the lake

Sunset on the Active Oval 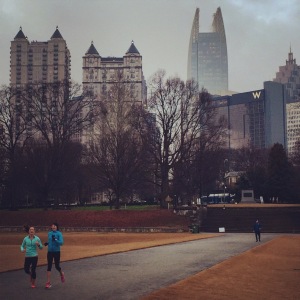 More cold and rain, but happy for speed-work on the active oval to warm me up.

Finally, after two months, a pain-free sunset run around the lake. 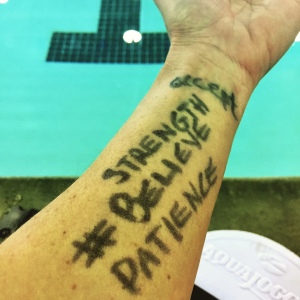 Another reminder as I hit the water for a pool-run 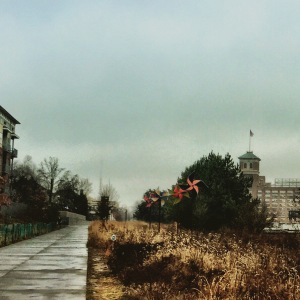 Finally my patience is rewarded … I’m set free of the Park and allowed to run on Atlanta’s Beltline Trail.

And two weeks later, I’m given a little more freedom, and permission to do a long run on the Silver Comet Trail.